When I look around at the contents of my room, I’ve come to realize that I’ve never wondered where they were made.  I have not been conscious of the fact that most of what I own comes from a different country other then the one I’m residing in. My laptop, my phone, the sweater in my closet, all say they were made in the East. While living in Dundee, the two stores I frequent most are H&M, a Swedish owned company and Primark, a British company. I considered the fact that even though these companies are owned by Western brands it is likely that their products are manufactured in the East. Indeed, H&M and Primark’s goods are produced in Asia. 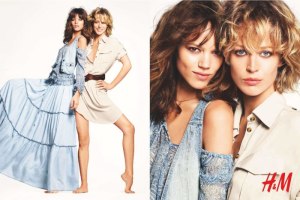 I asked other Dundee residents if they were aware of where most of what they own comes from. Some were very aware of where their products came from while others were hesitant in answering. Becca Clow was well aware that most of what she owns is exported from Asia. She stated how she has always had an interest in technology and a curiosity regarding where it originated. Catherine Sutherland said that she simply looks at the labels on her clothing; she generally likes to know where the things she owns come from.  However, like me, Katelyn Burns had never really put much thought in to the labels on her clothing and electronics. She’d had basic knowledge that the East played a role in product distribution. She went on to say, “I know many labels do say ‘Made in China’ but I thought a high-end American product such as Apple would be manufactured in the States. I assumed if I was buying these products in America they should be made in America. I had no idea so much is made in the East.” The “Made in China” label has become the most identifiable brands in the world today. “Made in Taiwan” and “Made in Indonesia” are close seconds. These labels signify a booming manufacturing industry in Asia where the exportation of goods has become their primary form of profit. 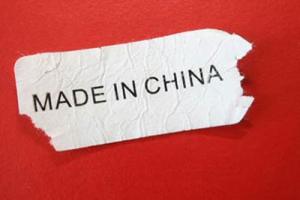 Products made in China have the reputation of being poor in quality. An explanation for the affordability of brands such as H&M and Primark is due to the fact that these products are produced at little cost at a rapid pace. When goods are produced at lows costs, low quality in what i is to be expected. Consumers can tell when a product is made strictly for profit with no consideration for those who will be buying the merchandise. Becca Clow went on to say, “things made in Scotland are of good quality because they are made for those who live in Scotland. There is no reason to expend money on products that are not for you. “ When products are made domestically with domestic materials the quality increases but so does the price. People are willing to sacrifice quality for lower prices yet we still blame China for producing goods not up to par.

Though China has this bad reputation, I do not think that the products coming out of China are exclusively poor in quality. I believe there is bad as well as good.  When we buy cheaply, we loose the right to comment on the poor quality. I think if we were willing to pay more, China could offer us improved merchandise. I think the companies employing these factories in China are to blame. They play a major role in the output of poor quality goods. There needs to be a level of responsibility on the part of the Western companies utilizing the Chinese factories.

We all seem to be generally aware of the fact that what we own does not originate where we have bought it. Most of what we own has been fabricated in Asia. Even though we claim to be aware, we ignore these facts because we live in a society in which affordability outweighs lack of quality.  Being aware doesn’t always mean being accountable for what we purchase.