Ever since the boom in animation following the huge success of Walt Disney’s “Snow White and the Seven Dwarfs”, animation from all over the world has enjoyed commercial success, most notably the United States, Japan, the United Kingdom and France. China is sadly not a country that has known much commercial success with it’s animation, and so not many people know many, if any Chinese animations at all.

The first well recognised animation in China was the 10 minute short “Uproar in the Studio” created by the four Wan brothers; Wan Chaochen, Wan Dihuan, Wan Guchan and Wan Laiming in 1926. Sadly the film has been since lost, but it helped the Wan brothers become recognised as pioneers in the animation industry in China. In 1935 they created their first animated film with sound “The Camel’s Dance”, again seems to have been also lost to history. 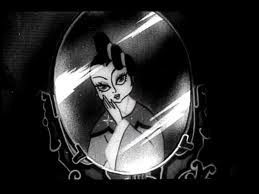 After seeing Snow White and the Seven Dwarfs, they sought to create an animated feature film of the same quality. The film was adapted from a popular Chinese folk tale “Journey to the West”. It took them 3 years, 237 artists and 350,000 yuan (roughly £35,133). A high amount of rotoscoping was done to save on costs, often the eyes of the live action actors were left visible on the faces of the characters. “Princess Iron fan” was the first Animated feature to be made in Asia, in 1942 it reached the shores of Japan and went onto inspire Tezuka Osamu, a highly influential Japanese comic artist.

While subtle, Chinese animation, particularly “Princess Iron Fan”, had a highly important role in the boom of animation in another region of the world – Osamu Tezuka is highly regarded as the “Walt Disney of Japan”, and of course, Japan is a huge part of animation, the largest in Asia by far. Perhaps without the influence of Chinese animated film Princess Iron Fan, Japan wouldn’t be as successful and as influential in the animation industry as it is today.

In the late 1940’s Chinese Animation was heavy in political content, with films such as Emperor’s Dream which was animated with puppets, trying to expose the Kuomintang Chinese nationalist party. From the 1950’s onwards, the predecessor of the Shanghai Animation Film Studio was formed, all of the big name artist came together within this studio, including the Wan Brothers. In 1956 the Wan brothers created their first coloured animated film “Why is the Crow Black-Coated”, which also was the first animated Chinese film to be recognised internationally, at the 1956 Venice Film Festival.

The very early 1960’s gave way to the Wan Brothers most recognised film “Havoc in Heaven” or “Uproar in Heaven”. Planning for the film originally began in 1941, but due to the War, it was delayed over 10 years. They began production in 1954 and by 1964 the whole film was completed. Based on the story “Journey to the West”, it is about a Monkey King who rebels again the Emperor of heaven. As previously mentioned, it was a highly recognised film, and one of the most influential films of all time to come out of Asia. The film runs for almost 2 hours long,  pushing the limits of the current animation technology, and had incredibly vivid colours at the time on screen.

1966 saw the Cultural Revolution and Chairman Mao, and the animation industry was essentially put to a halt during this time. Many animators were not allowed to draw during this time, and were forced to do labor work. This continued until the Cultural Revolution was over in 1976. The animators left were heavily influenced by Mao’s campaign, for example one animation made “Little 8th Route Army” which was the story of a boy taking revenge against the Japanese Army.

The Cultural Revolution had done an extensive amount of damage to the Chinese Animation industry, the majority of animation shown in Hong Kong was from the United States, mostly being a Disney animation. Japan had also risen as the dominant country providing animation from Asia, creating extremely popular mascots and animated shows. China had a very hard time coming back and competing again in the animation market. The 1980’s saw them begin to pick back up, but then again by the 1990’s they were once again pushed back by the ever growing Japanese Animation industry with the likes of Pokemon which was a hugely massive success all over the world, earning $15 billion in sales. 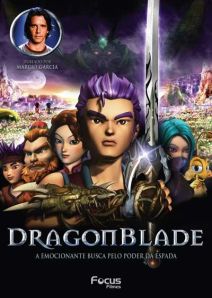 Currently, with the massive rise of the internet, many independent animators are embracing things such as flash animation, while not commercially successful as feature films, it is a step in the right direction. In 2005 they also completed their first 3D feature film “DragonBlade”, a huge step for the industry. It is a huge shame that the Cultural Revolution halted Chinese Animation for so long, and of course that Japan overshadows all of Asia in terms of animation, however hopefully China will pick up once more stronger and better than ever, and it will produce some beautiful animated films, such as the wonderful “Havoc in Heaven”, as it once did.