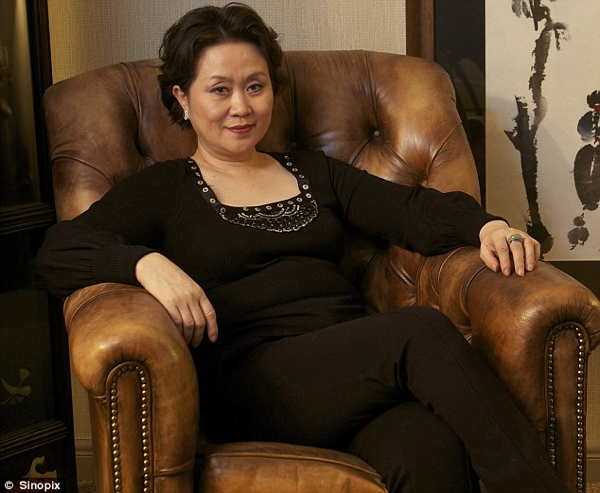 This week’s lecture gives a quick overview of “Chinoiserie” and the taste for Chinese style that reached its peak in 18th Century Britain. During this time, thousands of Chinese artefacts were imported in to Britain and the rest of Europe, or commissioned especially.

Now the reverse is happening as the newly wealthy Chinese are developing a taste for our antiques. Two articles in The Daily Mail and The Express today take a (possibly sensationalist) look at the craze.

According to the Daily Mail:

They are the sort of old-fashioned bookcases, sideboards and settees once common in many homes.

But antique furniture that would fetch a few hundred pounds in British auction rooms is suddenly being sold for thousands in Beijing – thanks to soaring demand among China’s new executive class.

The nation’s nouveau riche are increasingly keen to buy into a heritage that has slipped out of fashion in Britain – believing the elegant items will increase their social standing.

A carved English bookcase that fetched £980 at auction in London recently sold for £10,000 in Beijing. Similarly, an oak sideboard that reached £340 here was sold for £3,800 there.

Quote of the day comes from auctioneer Tom Keane: ‘The Chinese are fed up with Ming vases and their houses looking the same,’ Yes, that’s right, all Chinese homes look the same and you can’t move for Ming vases… Still, it’s better than not being able to move for Ikea book cases (which is my “look” at the moment).

The stories focus on the high prices the Chinese are apparently willing to pay. The caption for the photo at the top of this post reads “Sitting pretty: Susan Sun on a reproduction Chesterfield armchair she is selling for £10,000″

Wait. I have a Chesterfield armchair. I’m rich!

It’s all vaguely patronising and ever so slightly racist – the Chinese aren’t the only people who lose all sense of value when they get incredibly rich. Maybe we’re just stingy westerners who don’t appreciate fine craft?

We’ll be looking at Chinoiserie and the Chinese antique market on Wednesday. Meanwhile, if you have an old bookcase you want to turn in to cash I’ll take it off your hands for a modest fee…

Signs of how the world is changing reported by the Wall Street Journal:

When it comes to mapping the world’s changing plutocracy, the Rolls-Royce Index is among the more useful tools.
Simply put, it measures which country is buying the most Rolls-Royces. The index not only gives us a sense of the country’s with the most excess wealth to burn (a base model Rolls will set you back at least $245,000), but also the citizens who are most anxious to display it. For ages, America has topped the list.

According to a report in the L.A. Times, the country known just a decade ago as the bicycle capital of the world now leads in Rolls Royce buying. To honor their new best customers, Rolls is unveiling “Year of the Dragon” models “with hand-embroidered versions of mythical animals on leather headrests.” The sticker price: $1.6 million.

Many of China’s Rolls buyers are heirs and heiresses, rather than self-made rich.

“Our customers are super-rich, second-generation young people who have inherited money or whose parents buy them cars,” Wilson Ho of the dealership and luxury group Sparkle Rolls. “Chinese parents love their kids. They’ll buy them whatever they like.”